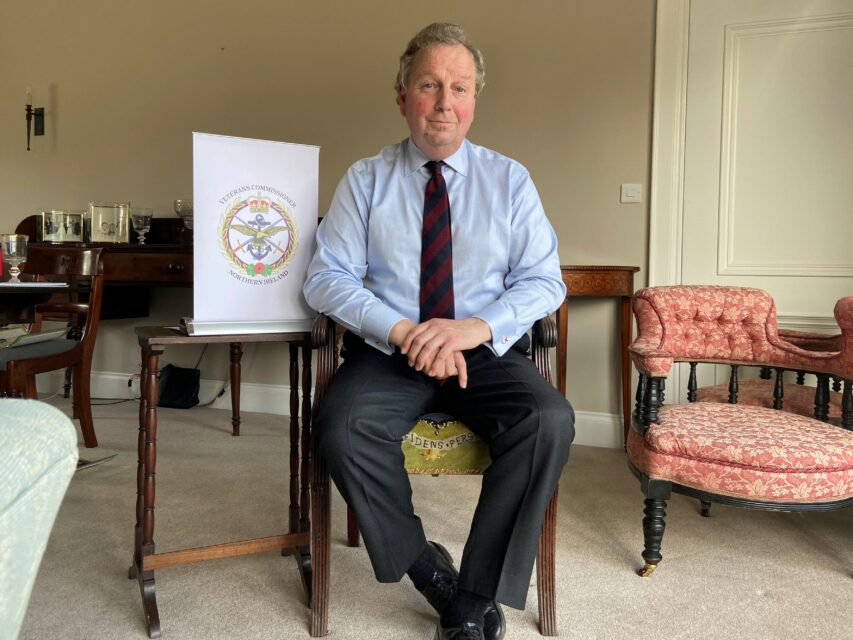 I thought it would be useful to bring you up to speed on what I’ve been doing during my first six months in office as Northern Ireland’s Veterans Commissioner.  Here’s a snapshot of some of the key areas I’ve been working on:-

My office is now up and running in Stormont House and we’ve developed the new NIVCO branding, logo, website and a presence on Twitter.

I’ve engaged with more than 200 stakeholders: – the local veterans’ community; politicians at Stormont and Westminster; local government (including all the Council Chief Executives and their Veterans’ Champions), as well as the community and voluntary sectors.

I’ve laid a wreath at Belfast City Hall as part of the commemorations on Remembrance Sunday. I was honoured to do this as Northern Ireland’s first Veterans Commissioner.

I’ve sent a personal message to the veterans community, asking them to get in touch if they need help and urging them to check in with their colleagues, given the impact that Covid-19 has had on us all. To date, more than 100 veterans have contacted us and we’re working with delivery partners to help provide them with the right support.

I’ve given evidence to the Northern Ireland Affairs Committee at Westminster on behalf of veterans, on mental health, legacy and pensions.

I’ve co-chaired a mental health committee with the Northern Ireland Veterans Support Office to look at the provision for veterans and how we can ensure services are better delivered and communicated.

I’ve submitted written evidence to the Select Committee on the Armed Forces Bill, which includes provision for the Armed Forces Covenant, to enhance support for veterans and their families in the areas of health, housing and education.  I have asked that the scope of the legislation is widened to include other key areas such as employment, immigration, pensions and welfare.

And I’m currently working with local academics to run a Centenary lecture later this year, looking at the role of the military and veterans from Northern Ireland who served in the Armed Forces from WWII to the present day.

There is still much work to do to support veterans in Northern Ireland and I am committed to being their voice.  Thank you to all of you who are helping and supporting me.