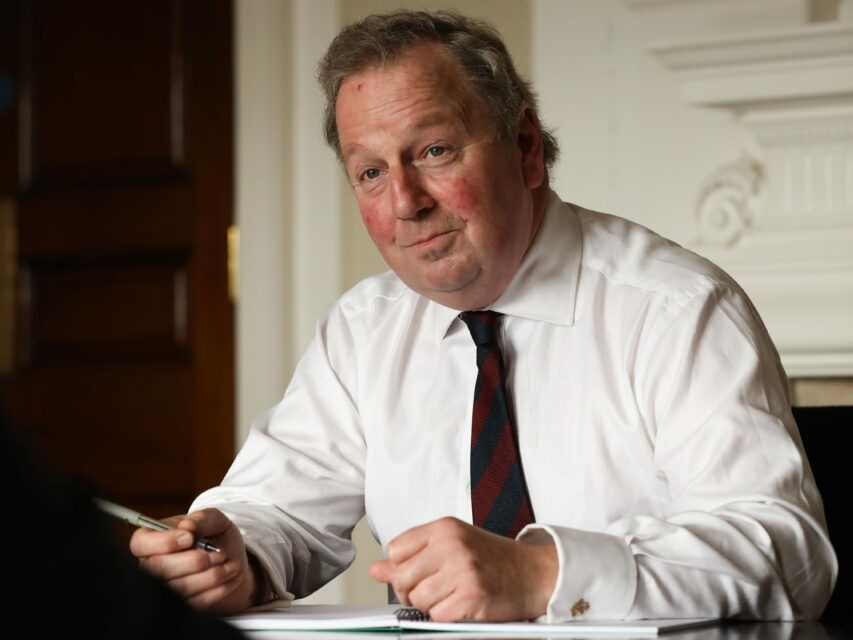 The Veterans Commissioner has made his first address to the Armed Forces Liaison Forum, following its relaunch by the Health Minister Robin Swann, after a two-year absence.

The AFLF is hosted by the Department of Health and its membership includes a range of statutory and voluntary organisations such as the NI-wide health and social care trusts; the Public Health Agency; the NI Veterans’ Support Office and the UDR Aftercare Service – as well as Combat Stress and other veterans’ support charities.

Danny Kinahan thanked Robin Swann for meeting with him and then reconvening the Forum, saying it was important there was regular communication involving all the stakeholders providing physical and mental health support to the veteran community in Northern Ireland.

He explained he had also chaired the first meeting of a Veterans Mental Health committee in conjunction with the NI Veterans Support Office – with the aim of exploring what provision and support was available.

Danny Kinahan told the AFLF meeting: “The majority of those who have left the armed services don’t require assistance – but there are others who do need support across a number of areas.

“There is a much higher level of clinical isolation among Operation Banner veterans and so we must ensure we do all we can so that they and others can easily access the right information and assistance.”

He pledged to do all he could around the related issues of personnel training; funding, and better signposting for veterans.  As part of his focus on mental health issues, he explained he also had regular meetings with Mental Health Champion, Siobhan O’Neill.

The Commissioner paid tribute to the many organisations in Northern Ireland and beyond that were doing excellent work – but he stressed how important it was not to forget ‘to do the simple things first’.  For him that included having a first point of call for veterans with someone who understood the key issues such as mental health, PTSD, alcohol addiction etc – and who could listen, understand and signpost the caller to the right help.

Danny Kinahan also talked to the Forum about veterans’ physical health.  He said that in his role as Commissioner he had heard personally from veterans whose daily lives were affected by injuries sustained during their military service. He recognised their frustration in having to endure long waiting lists before receiving any help.

He gave an overview of the Armed Forces Bill currently progressing through Westminster and made reference to the provision for health within the Armed Forces Covenant.  He said this would ensure no disadvantage for veterans and in fact included ‘special consideration’ for those with acute needs.

He told the Forum: “It is important we work collectively and effectively on behalf of our veterans – many of whom are suffering mentally and physically as a result of serving their country.  I will do my best to ensure better provision is made available and is done so in a timely manner.”