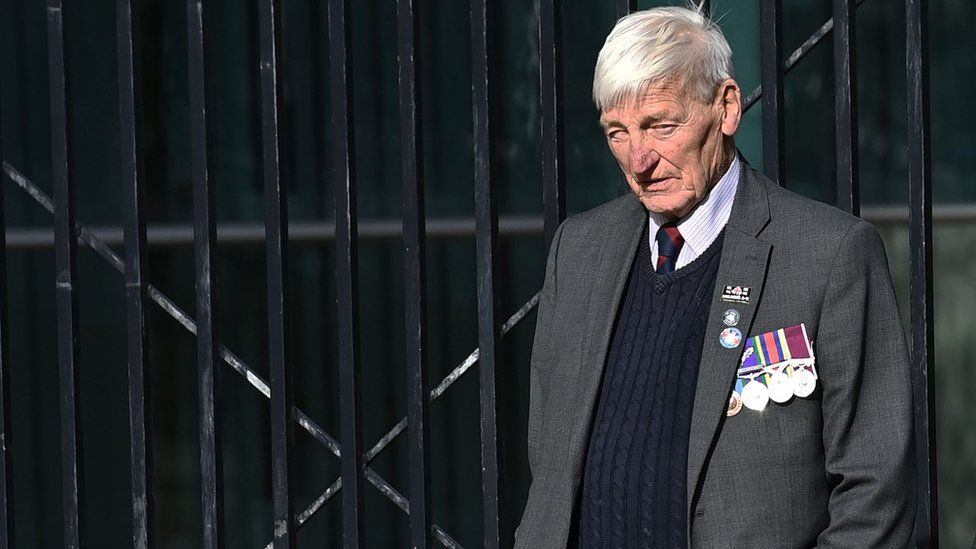 I am incredibly sad to learn of the passing of veteran Dennis Hutchings in hospital in Belfast. I have known Dennis for a number of years, and again in the last few weeks have witnessed a man who accepts the rule of law and was determined to clear his name once and for all despite being in terminal ill health.

Mr Hutchings death highlights the issues in regards to legacy cases going back almost five decades and the current imbalance that focuses on the actions of former members of the security forces who stood resolutely for law and order during the dark days of our Troubles.

It has to be recognised that we need a fair, balanced and proportionate system that has been promised. I will continue to do all that I can to ensure that it is delivered on behalf of veterans who served in Northern Ireland during Op BANNER.

Last week as I sat in court listening to the proceedings, one of those who gave evidence said the following of Dennis:

That is how I will remember Dennis. I send my deepest condolences and sympathies to his wife and family at this difficult time.