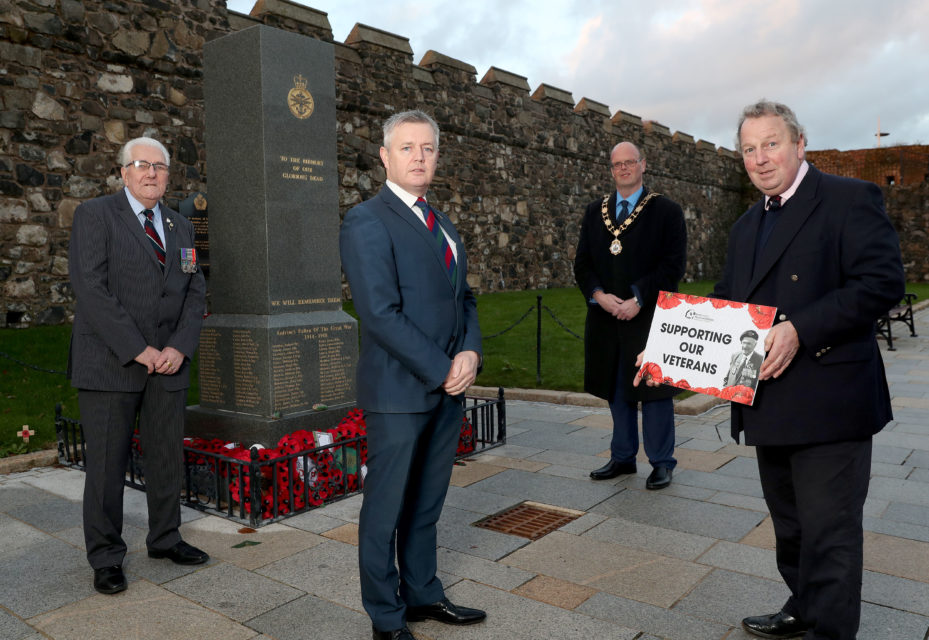 NI Veterans Commissioner Danny Kinahan has lent his support to an initiative by Antrim and Newtownabbey Borough Council urging veterans to reach out and seek support for themselves or their families.

With many veterans facing challenges once they leave the Armed Forces, the Council wants to ensure that all former service personnel receive the support and care they deserve.

“I am really pleased to see Antrim and Newtownabbey Borough Council leading the way in providing support to our veterans and I look forward to seeing all Councils doing the same and recognising the immense contribution that our veterans have made on behalf of all of us.”

The Council is also working closely with the Northern Ireland Veterans Support Office to help signpost veterans to the available support services.

Alderman Paul Michael BEM is the Council Veterans Champion and acts as a point of contact on veterans’ matters in the Antrim and Newtownabbey Borough to provide advice and assistance.

“The Armed Forces Covenant says that ‘Together we acknowledge and understand that those who serve or who have served in the armed forces, and their families, should be treated with fairness and respect in the communities, economy and society they serve with their lives’. As a society we must take that obligation seriously, and treat it as a solemn promise.

“Many veterans face hardship after leaving service. We must try and remove any stigma attached to asking for help and promote the services widely available to those who served and I’m proud the Council is working actively in partnership with the Veterans Commissioner for Northern Ireland and The Northern Ireland Veterans Support Office.”