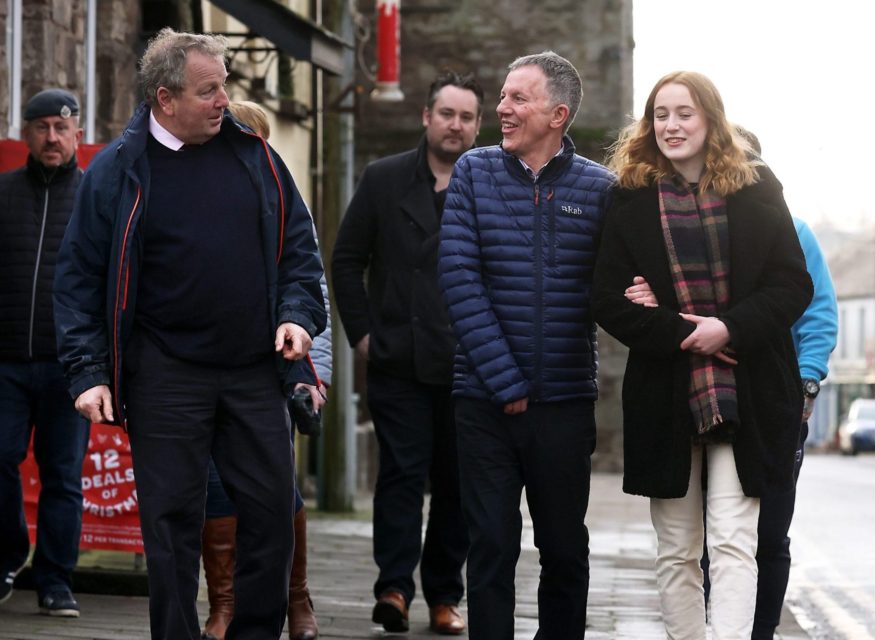 Grant, who sustained devastating injuries in a bomb blast in Rosslea in 1979, started the 26 mile walk on Remembrance Day, with the aim of completing it by his birthday in early January.

The Commissioner walked with Grant for the penultimate stage of his journey and during the last half mile, the former soldier was joined by some of his former UDR colleagues.

The aim of the marathon effort was to raise funds for the victims’ groups South East Fermanagh Foundation (SEFF) and The Ely Centre in Enniskillen.

During his visit to Co Fermanagh, the Commissioner also visited the offices of SEFF in Lisnaskea where he met with a number of former soldiers.